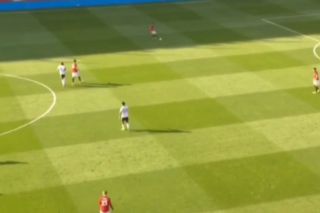 There has been a number of times when Luke Shaw has been caught napping, however, nowadays he’s less prone to having a snooze when he should be alert in defence.

The influence of Harry Maguire cannot be ignored after arriving in the summer. He is already recognised as club captain leading both on and off the pitch.

Some footage emerged from last night’s game which shows Maguire isn’t afraid to lash out at his team-mates if he doesn’t think they are pulling their weight, perhaps helping explain why Ole Gunnar Solskjaer instantly trusted him with the captain’s armband in the first place.

Paul Pogba played a pass to his left and Shaw was caught flat-footed, almost losing possession until Maguire was in the right place to clean up at the back. The former Southampton left-back was on the receiving end of an expletive-filled rant when danger was dealt with.

It’s nice to know we have a player in the squad who will keep the others in line.

You need to be at your best playing at this level. Maguire has come to Old Trafford to win.