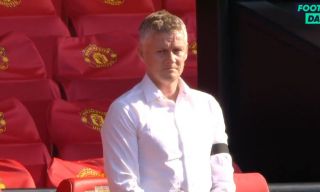 A minute silence was held prior to kick off to respect the late Tony Dunne.

Dunne was one of Manchester United’s European Cup heroes of 1968 and he died on 9 June at the age of 78.

The Irishman played at left-back for much of his career, spending 13 years at Old Trafford, after being signed by Sir Matt Busby for £5,000 from Shelbourne in 1960.

Dunne was brought to Old Trafford as cover for Noel Cantwell and Shay Brennan, while Busby set about rebuilding his team following the Munich Air Disaster.

Watch below as the players paid respect to Tony Dunne before the match (footage courtesy of Sky Sports):

Manchester United reflecting on the passing of Tony Dunne 🙏 pic.twitter.com/kz3JrFZYTW