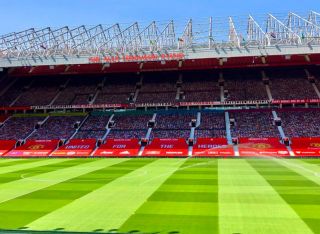 Several Manchester United players have taken to their social media to share photos ahead of their long-awaited return to Old Trafford.

United are set to take on Chris Wilder’s high-flying Sheffield United shortly in a game which is likely to be fiercely competitive as both sides look to continue their charge for European football qualification.

Tonight’s game will be the Red’s first match at their home ground since their stunning 2-0 victory over ‘noisy neighbours’ and arch-rivals Manchester City all the way back at the beginning of March.

Fred and Williams both took to Instagram to express their delight at returning to the Theatre of Dreams before kick-off.

The pair both start on the bench this evening, with Fred perhaps unlucky to miss out as one of three changes made by Ole Gunnar Solskjaer.

United will be hoping to extend their 12-game unbeaten run when they take on The Blades who have been this season’s surprise package.

See the photos below, posted by Man United Zone on twitter: