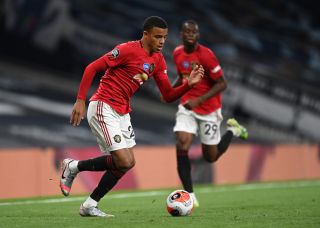 While Manchester United’s draw at Tottenham Hotspur wasn’t the worst result to resume the season after 3 months off, Ole Gunnar Solskjaer will know that he lost crucial ground on Chelsea and Wolves, both of whom picked up 3 points in the race for Champions League football.

United, on paper, have the easiest fixture list of the three sides and should be winning most of their remaining matches, starting with Wednesday’s match against Chris Wilder’s well-drilled Sheffield United.

Despite only being promoted to the Premier League this season, Sheffield sit at 7th-place in the top-flight with just eight matches to play, a testament to Wilder’s incredible work at the club this season.

However, their form since the restart has been subpar, with a controversial scoreless draw with relegation-favourites Aston Villa preceding a 10-man, 3-0 defeat against Newcastle. While unfavourable circumstances arguably prevented the side from earning more points in both matches, they were also dominated thoroughly in both and arguably didn’t deserve more points from either.

United should be lining up for a big win on Wednesday, and the following team selection would maximise Solskjaer’s chances.

Many are worried that De Gea is past his best, as the goalkeeper has yet to find his best form during Solskjaer’s United tenure. However, with the tremendously talented Dean Henderson on loan at Wednesday’s opponents (and ineligible to play this match), de Gea will likely add to his 395 appearances for United (Transfermarkt), by starting on Wednesday.

Wan-Bissaka’s attacking display at Tottenham disappointed many given the progress he showed in his attacking game before the lockdown. However, the 22-year-old can hold his head high after shutting down Spurs’ left flank in his usual fashion. Expect Wan-Bissaka to up his game and make a more well-rounded impact against Sheffield.

With Victor Lindelof in doubt after a knock that saw him substituted against Spurs, it would make no sense to risk him against Sheffield. Eric Bailly needs game time and, given Harry Maguire’s lack of pace, can provide excellent cover for the club captain in the high line United play against clubs below them in the table.

Despite performing at the level of the best defenders in the division before the break, Maguire’s crucial defensive error against Spurs played a part in the side losing two points. The centre-back can be forgiven for the occasional error but will need to show that he’s above his Friday performance to continue his progress in United’s back line.

It is likely that Luke Shaw will start, but after his mixed bag of a performance on Friday, I opted for Williams. The academy graduate offers more energetic overlapping in the final third and scored a wonderful goal that ignited United’s comeback in the reverse fixture.

Holding midfield is a tossup between Nemanja Matic, a natural fit for the role, and Scott McTominay, whose aggressive and tenacious performance against Spurs likely did him enough favours to give him the nod on Wednesday. The fact Solskjaer opted for McTominay on Friday leads me to think he will play again on Wednesday, saving Matic’s limited legs for when he inevitably is needed in this long stretch of matches.

Fred deserved to start against Spurs, but Paul Pogba showed late in the match why he must be in United’s midfield when fit. Pogba is crucial to United tactically, offering almost unlimited creative prowess from deep with his immense passing range and dribbling ability. Furthermore, with Bruno Fernandes as a focal point in the side, Pogba is freer to play his natural game.

The scorer of United’s penalty and only goal against Spurs, Fernandes proved resourceful for United in the centre of the park despite being starved of opportunities by Jose Mourinho’s deep block. With 4 goals and 4 assists from midfield in his first 10 appearances for United (Transfermarkt), the January signing has become a talismanic figure already for his new club.

Performing well off the bench without being rewarded with a goal or assist against Spurs, Greenwood must be rewarded with a start against Sheffield. Daniel James is seldom effective against sides that use a deep-block, whereas Greenwood’s sharp-shooting, tricky dribbling and neat play in tight spaces could inspire Solskjaer’s side in attack.

Showing rust from the back injury that would have ruled him out for the season if not for the three-month delay, Rashford will look to improve and get on the scoresheet again. Having scored 19 goals so far this season (Transfermarkt), Rashford will be hoping to cross the 20-goal mark for the first time in his United career.

Like Rashford, Martial was far from his best against Spurs, but after the consistent performances he has produced in 2020, he deserves to keep his place on Wednesday. The striker seemed to benefit from Fernandes’ arrival and scored winners against Chelsea and Manchester City before the lockdown.