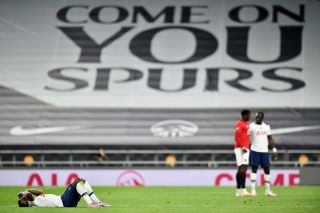 As we anticipate another Premier League fixture behind closed doors, I think Manchester United will strengthen their quest for a Champions League spot with a win over Sheffield United at Old Trafford.

Chris Wilder’s side has returned to action like they’re behind other teams trying to reach full match fitness, failing to score in two of their first games back since the resumption of the league, though they should have had a goal against Aston Villa, if it wasn’t for inadequate officiating.

Ole Gunnar Solskjaer will have a better idea of what his strongest midfield will be for the coming weeks after United’s 1-1 draw at Tottenham. I expect Paul Pogba to start with Bruno Fernandes in midfield — but it will be interesting to see who will join them. Fred wasn’t at his best against Spurs and we could see Nemanja Matic get the nod after Scott McTominay played 89 minutes on Friday night.

The Blades are without Dean Henderson because he is not eligible to play against his present club. This is a huge blow for Wilder, who is without one of the most outstanding keepers in the league, and one being tipped to replace David de Gea at United.

From a tactical point of view, it’s noteworthy that Wilder’s Sheffield United deploy a 5-3-2 formation which sees their wing-backs, Enda Stevens and George Baldock, operate in wide attacking areas. This should give United’s full-backs more space to adventure and take advantage.

Brandon Williams might start on the left but Solskjaer does his utmost to invite Luke Shaw forward — and United have more than enough quality to beat Sheffield United this weekend. The players are in good shape.

The way the Blades set up may also present an opportunity for Aaron Wan-Bissaka to get further forward. It’s an area of his game I have noticed improving since he arrived in the summer, yet it’s still a hole for critics to poke at. An assist or two on Wednesday and we’ll be over the moon.

That brings me to my prediction — before getting to the other games being played in the Premier League, behind closed doors.

The biggest game, bar United vs Sheffield United, that concerns us, is Chelsea vs Man City.

The league is wrapped up in Liverpool’s favour but City are still playing really well and winning games. It could do us a big favour if they were to take three points off Frank Lampard’s Blues.

We shouldn’t be relying on others for results but we’re in a position where we need to. Just a little bit.

As for Arsenal, what a mess!