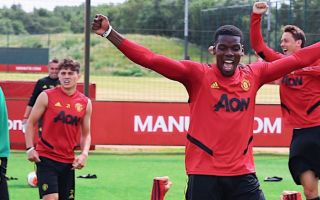 Although we resumed the season with a 1-1 draw away at Tottenham Hotspur, I feel spirits are still high in the camp with Manchester United doing their utmost to get themselves in amongst the top four.

Chelsea have a big game against Manchester City this week but first we need to get over Wednesday night’s hurdle. Sheffield United come to Old Trafford without their first choice goalkeeper Dean Henderson and they’ve not scored a goal (*cough*) in two games — since the Premier League restart.

Many United fans, including myself, will fancy our chances because of the quick impact Bruno Fernandes made prior to the season being brought to a halt. A potential midfield partnership with Paul Pogba will send your excitement into overdrive.

Unfortunately Pogba’s season has been touch and go. He’s spent the vast majority of the campaign out injured but on Friday against Spurs we seen glimpses of the combination — and I definitely want to see more.

It seems the pair are getting on nicely in training, if the picture below from Bruno Fernandes’ Twitter account is anything to go by:

We’ve got to work on a cooler celebration mates 😅 @ManUtd pic.twitter.com/UpO92pubOd

I wouldn’t worry too much about whether these two can gel and form something formidable together because the best players love playing together. I’ve seen nothing to suggest there will be an issue with egos, and Ole Gunnar Solskjaer will be quick to quench that.