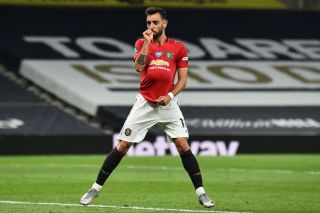 There is a certain tinge of irony that the one name on everyone’s lips will only watch from afar as Manchester United return to Old Trafford for the first time since March and THAT demolition derby.

Dean Henderson – a man widely regarded as United’s number-one-custodian in waiting – has proved an integral part of the ‘other’ United’s unlikely rise to Premier League prominence as Chris Wilder’s unheralded team of veterans, rejects and journeyman have risen from the depths of League One to the unlikeliest of assaults on the European places.

With David de Gea thrust into the limelight after another error to gift Tottenham a goal in our first match of Project Restart, on-loan Henderson has been touted as De Gea’s long-term replacement at United, having been so impressive for the Steel City side since moving to Bramall Lane at the start of last season.

The Blades were tipped for an immediate return to the second tier, with hardly anyone giving them a chance of survival, but instead they make the trip to Old Trafford two points and two places behind Ole Gunnar Solskjaer’s side in a protracted and four-way battle for the fourth and final Champions League qualification. This would have seemed an unlikely match for a potential top four play-off, but a win would go a long way towards keeping closest challengers Chelsea within touching distance, with the Blues to face Manchester City on the same evening. Newcastle’s 3-0 defeat of Wilder’s men at the weekend certainly did us a favour, with the Blades suffering a rare off day, failing to make an attacking impact for the second game in a row. That result came as a surprise blemish for a side that had only lost two games away on the road before the restart – and with the mitigation of both coming against the league’s top two.

Second choice stopper Simon Moore is set to deputise for the ineligible Henderson, with John Egan also suspended following his sending off at SJP. The loss of arguably his two two most important players will come as a huge blow to the affable Wilder as he looks to plot a shock result and prevent the Reds opening up a five point buffer and effectively putting the Blades out of the top four picture. The visitors are also sweating on the fitness of Jack O’Connell (knee) and David McGoldrick (knock).

In United’s first ever competitive behind-closed-doors game at Old Trafford, Solskjaer will consider whether to stick or twist, with his main selection dilemma surrounding Paul Pogba – does the mercurial Frenchman come in from the start or will he continue to offer considerable clout from the bench? Pogba dovetailed well with Bruno Fernandes and changed the game as United fought back at White Hart Lane,  offering a mouthwatering glimpse of United’s two 24-carat talents in tandem and giving his manager a headache – albeit a good one to have. Victor Lindelof is an injury doubt having limped off against Spurs, so Eric Bailly will come in alongside Harry Maguire at the back having made a brief cameo on Friday. There are no other injury concerns, but with a trip to Norwich in the FA Cup and then a tricky visit to Brighton next midweek, Solskjaer could be tempted to shuffle his pack. Wednesday’s game kicks off at the unusual time of 6pm and is free to air in the UK.

It looks like things are on the up at United, we’re now 12 unbeaten and having Pogba and Marcus Rashford back fit and firing are like two new signings for us. Understandably patchy at Tottenham, this is United’s second game back so I’d expect fitness levels and sharpness to go up a notch. Sheffield United have been brilliant this season, no doubt, but haven’t had things go their way of late and we think the Reds will have too much for them. Both clubs are building for the future, but – in the present – we think Solskjaer’s United will blunt Wilder’s Blades with a bit to spare in a key battle for that top four.