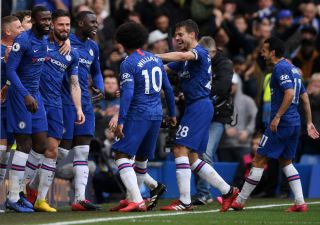 Manchester United have been hunting a winger for quite some time now, with the Red’s top transfer target believed to be Borussia Dortmund’s star-man Jadon Sancho. However, United have reportedly been offered an alternative option in the form of Chelsea wide-man Willian.

Chelsea have successfully managed to conclude their transfer targets as early as possible having recently secured the signings of wide-attacker Hakim Ziyech and German elite-striker Timo Werner.

It is now understood that the Blues, who are continuing their pursuit to secure Champions League qualification are ready to undergo a transitional period with two of their most experienced players set to leave at the end of their contracts.

Pedro, 32, and Willian, 31, are both understood to have been made surplus to requirements by revolutionary manager and club legend, Frank Lampard.

#mufc have been offered Chelsea's Willian, but he doesn't fit Solskjær's mould of player he's keen to recruit #mulive [mail]

According to the Daily Mail, the London side have now offered Willian to rivals United who are considering their options after refusing to meet Borussia Dortmund’s £100mil demand for Jadon Sancho.

However, manager Ole Gunner Solskjaer is believed not to be keen on the experienced Brazilian due to him being outside of the Red’s new-look transfer policy which sees youth and home nationalities take priority.