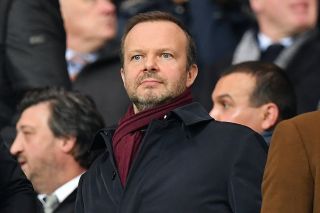 Manchester United executive vice-chairman Ed Woodward is waiting to see if relegation threatened Aston Villa beat the drop or not before making a move for top target, Jack Grealish.

Grealish, 24, has seen his stock rise to new heights in his debut Premier League season having racked up an impressive 13 goal contributions in 28 league starts to his name.

According to 90min, United have recently contacted Grealish’s ex manager Steve Bruce who managed the midfielder between 2016 and 2018.

It has been no secret that United reviewed their transfer policy in recent times, including securing players based on their mental ability and attitude as well as their natural ability.

It is believed that United are waiting to find out if Villa will be playing Premier League football next season or not before issuing a formal transfer bid for their Captain.

As it stands, the Midlands side are thought to be demanding £80mil for the creative midfielder, however, United are confident that figure will drop should the Villains drop down to the Championship.