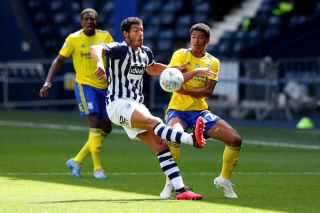 A detailed twitter threat has given Manchester United fans a unique insight into the attributes of transfer target Jude Bellingham.

Bellingham played 70 minutes on his return to action as Birmingham earned a goalless draw against promotion hopefuls West Brom in the Championship on Saturday afternoon.

The 16-year-old has earned recognition for his impressive performances in the second division this term; he has made 26 starts in the league and many have already identified the youngster as a generational talent.

Unsurprisingly, Bellingham has been linked with a move away from St Andrews this summer with Borussia Dortmund and United reportedly chasing his signature.

Manchester Evening News report that United’s interest in the teenager became apparent in January, but no formal offer was made.

He has since been given a tour of the club’s Carrington training facility as part of the club’s charm offensive in luring him to Old Trafford.

But Dortmund have also been credited with an interest represent United’s main competition for Bellingham’s signature. The Bundesliga giants have a good reputation for developing young talent and are said to be favourites in the race to sign him.

While many United fans are excited about the prospect of seeing Bellingham at United, they may also concede that they have actually watched very little of the youngster.

But a twitter thread posted on Saturday has allowed us to learn a lot more about the teenager. Bellingham is a versatile midfielder that thrives in a box-to-box role.

Despite being such a young age, he is a physically imposing player who uses his aggression to his advantage.

Bellingham can also operate on either flank and uses his impressive dribbling ability to ease past opposition defenders.

Jude is a physical Box-To-Box Powerhouse midfielder who is usually at home as a CM. With such good dribbling ability, he's versatile enough to be successful on the wings.

These stats highlight just how solid he is as an isolated player. This is exactly why Bellingham is also deployed on the wings sometimes. He takes on fullbacks with ease and is able to break into the opposition’s boxes. pic.twitter.com/QSXydwmOuI

Mentality is never in question with Jude. He's a fighter on the pitch and with his impressive physical tools (especially for his age) isn’t afraid to get scrappy.

An excellent shielder of the ball (due to his physical tools) Jude doesn’t choke up possession after winning the ball back. He’s comfortable under pressure. pic.twitter.com/zQD12Qloyq

With only 4.6 passes into the final third with 60% accuracy: 1.99 into the box with 38.5% accuracy. It’s clear he shouldn’t bear responsibility for the final/creative pass and instead is tasked as a recycler in midfield. pic.twitter.com/BCqHdDJu1t

All things considered Jude is a special talent for his age. His future will likely see him mould into a powerful 8 fitting into all variations of the position. Physically he’s ready but can fill out even more and if he perfects his striking technique, he can master his craft. pic.twitter.com/fFAab4kOYF