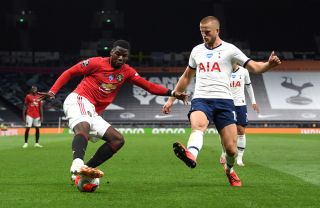 The result against Jose Mourinho’s organised Spurs side was not disastrous, but has heightened the importance of three points when the Reds face Sheffield United at Old Trafford on Wednesday.

United need victory over the Blades to maintain pressure on their top four rivals and steer five points clear of Chris Wilder’s men after their humbling 3-0 defeat against Newcastle on Sunday.

Solskjaer took a rather cautious approach in the first-half against Spurs, but United must come out on the front foot on home turf on Wednesday evening.

Paul Pogba changed the game in his 34-minute cameo and must start to add some unpredictability to United’s attack. Bruno Fernandes was a key beneficiary of Pogba’s introduction and we should see the exciting midfield pairing from the start.

However, to allow Fernandes and Pogba the freedom to thrive, United need a stable platform to attack from and Nemanja Matic can be the man who controls things from the base of midfield.

Mason Greenwood came on at the time time as Pogba and offered United a new threat in place of the ineffective Daniel James.

Greenwood is a natural goalscorer and while his preferred position is not the right-flank, he can be more dangerous in breaking sides down that are likely to set-up with a low block like Sheffield United.

The teenager should be given the chance to impress from the off and James could make an impact when the opposition defence is tiring later on.

Meanwhile, we have opted for the same defence that started against Spurs, despite the poor efforts made by captain Harry Maguire and David De Gea for Steven Bergwijn’s opening goal. 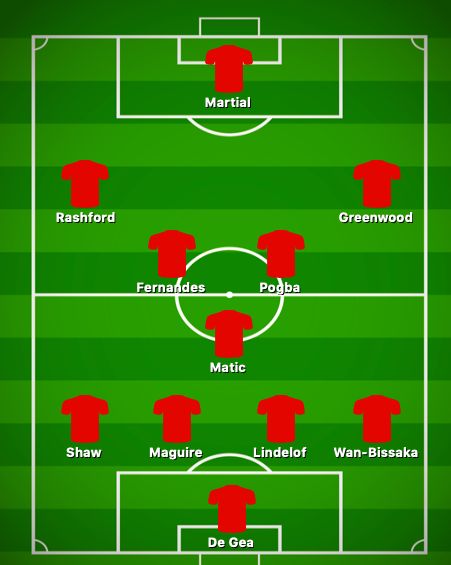