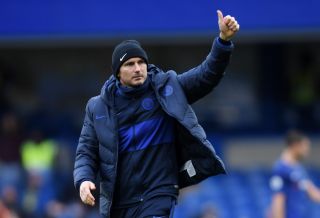 Manchester United have one of the most outstanding goalkeepers in the Premier League out on loan.

Dean Henderson is making waves for Sheffield United this season, and yesterday I wrote about how United should start considering him for the No.1 spot unless David de Gea’s form improves significantly.

The 23-year-old will attract attention this summer and the Reds will need to fight off any pressure to ensure his future is at Old Trafford.

According to The Sun, United opened talks about a contract extension with the shot-stopper last week, but Chelsea boss Frank Lampard has financial backing to offer a serious bid for the young keeper.

The Blues would probably need to sell Kepa Arrizabalaga to make way for Henderson but United cannot let this happen.

This prompts a big call for Ole Gunnar Solskjaer — arguably his biggest since becoming manager — and it’s a case of England’s future No.1 and a 29-year-old who hasn’t been in form in a long time.

Something has got to give…