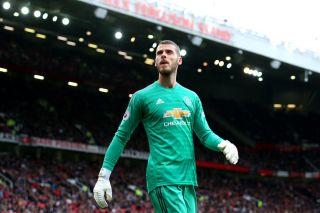 Arsenal suffered a 2-1 defeat away to Brighton and Hove Albion in their second Premier League game back since football’s break due to the coronavirus pandemic.

Gunner’s keeper Bernd Leno was stretchered off in the 40th minute after colliding with Brighton forward Neil Maupay.

The coming together was so nasty that broadcasters BT Sport refused to show replays, describing the scenes as ‘very unpleasant looking’.

Manchester United keeper David de Gea who has been the subject of some scathing criticism has since taken to his personal Twitter to send a message of support to his professional peer.

We all wish the Arsenal keeper well and hope to see him back in action soon.