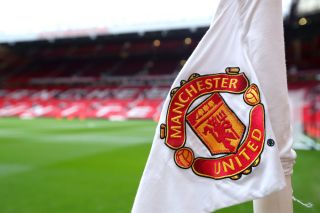 Despite the fact that Sega Publishing and Sports Interactive have used Manchester United’s name since their 1992 video game Championship Manager, and later in the popular Football Manager series, without complaint from Man United, the club has recently taken legal action against the game developers for using its name extensively throughout the Football Manager game. Manchester United also claims Sega and SI have infringed its trademark logo.

Will the Red Devils be relegated from the video game franchise? Fans of United and Football Manager are surely on tenterhooks awaiting a decision, but it could take some time for the legal battle to be resolved. However, there are still official Manchester United video games that you can enjoy playing. Here is a look at the best of the bunch.

Although this is quite an obscure video game for the greatest club in the world, it is actually the very first PC game to be based on Man United. And it is still a joy to play. The 1990 game might not have the high-resolution graphics and smooth gameplay of modern footie gems like the FIFA series or the football slot games found at Casumo online casino. But you will still have lots of fun playing the Manchester United video game from Krisalis game developers for hours on end. Each member of the squad has a position and several skill ratings, but players are not fixed in their abilities. You can use the excellent training option to improve each of their attributes. You can also attempt to buy players on the transfer list. The matches are viewed from overhead on a scrolling pitch. And there are options to change the duration of a match and the skill level for both United and their opponents.

Also created by Krisalis, Manchester United Championship Soccer was launched on the Super NES in 1995. It was one of the most popular football games of its time, and you will still have plenty of fun getting in on the action by playing the game today. Its release coincided with United being at the top of their game. The mid-1990s saw Man United starting to dominate the English football scene and become the international superstar that the club is today. All teams from the 1994-1995 Premier League are represented in Manchester United Championship Soccer. And various European clubs and all-star teams that participated in the 1994-1995 season are also included. You can choose to view the matches you play from a top-down perspective or an isometric pitch view, and there are loads of other cool features.

By the 2000s, football video games stepped up their games. And the Club Football series for the PS2, by game developers Codemasters, is no exception. Manchester United: Club Football 2005 features great skill moves such as dummies, close control, fakes, and 135-degree passes. And it has great game modes like Career, Practice, and Classic Scenarios, as well as fast and fluid gameplay; bringing you ever closer to the heart of the action of your favourite team. The players are incredibly detailed, and the visual effects are simply stunning. You will love spending hours playing in domestic, European, and custom matches. Without a doubt, this is the best video game devoted to Manchester United that is currently available.

The newest game featuring Manchester United is the 19th instalment in the Pro Evolution Soccer series: eFootball PES 2020. The game makers Konami partnered with Barcelona, Bayern Munich, Juventus, Arsenal, and Man United, to create a stunning state-of-the-art footie game. eFootball PES 2020 boasts the most detailed recreation of Old Trafford ever seen in video games. Furthermore, the current squad has been created using a full-body 3D scanning process, which means the avatars of your favourite players are ultra-realistic. But perhaps the best element of this game is its Matchday mode, which enables gamers to team up and play in weekly tournaments that correlate to real-world matches.