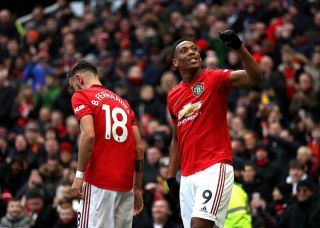 The United boss is aiming to do the double in the league over Jose Mourinho, after the Reds defeated Spurs 2-1 at Old Trafford in December.

Much of the talk in the build-up to the game has been how Solskjaer will integrate his most creative players Bruno Fernandes and Paul Pogba into the same midfield.

But fans will be made to wait to see the link-up between the pair with Pogba on the bench on his return from injury.

Solskjaer has opted for a back four, despite suggestions he would go for his trusted back-five formation against tougher opposition.

United’s midfield three consists of Fred, Scott McTominay and Bruno Fernandes, with Pogba likely to make an impact from the bench later on in the match.

Meanwhile, star forwards Harry Kane and Heung-Min Son return to the starting line-up for Spurs after making full recoveries from injuries for the enforced break.