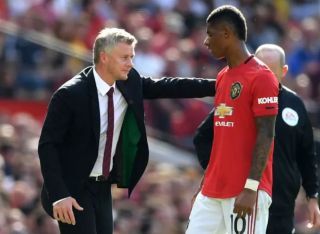 As we prepare for the Premier League’s return and Manchester United trip to Tottenham Hotspur, we caught up with Ryan Custis from SpursForLife.com to get his thoughts ahead of the game.

Where do you think Spurs will finish when the season is concluded?
“This may be a bit of a theme but no idea! We were rubbish before the break but it has probably come at a good time for us. Kane and Son back fully should make a big difference and we do have a nice run of fixtures having played most of the big hitters already. On top of that having watched Chelsea and United a fair bit this season I think they’re both pretty inconsistent too so anything could happen in race for fourth.”

Are you in love with José?
“No. I’m pretty indifferent to him at the moment and I’m a big believer in giving a manager time, but Jose over his career hasn’t exactly been at places for the long term for one reason or another as United fans will know! That said, he is a big name, and for a club like us if he can help bring in players to take us to the next level (or keep what we have!) then I’ll be happy.”

Can we expect an immediate impact from Harry Kane now he’s back from injury?
“Kane is a funny one. He does often take a while to start firing in season but there is no doubting he’s our best player and in my opinion the best striker in the league. He just needs to stay fit now!”

What did you make of the Kane to United reports?
“Nobody likes to see your best players linked to other teams. I think the new stadium, training facilities and regular Champions League football has made us more attractive for players to stay at but there’s no doubt players can earn more elsewhere. The thing that worries me is that our football isn’t showing signs of progress and Spurs players only need to look at the likes of Modric and Bale who won multiple Champions Leagues to realise they can increase their chances of trophies elsewhere.

“That said I genuinely think Kane could play at any club in the world and although the money might be right up there with United I’d say footballing wise he might be able to do better than them!”

How do you see this Spurs team hurting United on Friday night?
“Kane and Son. They’re our best two players and if they’re at it they’ll be a threat to any team in the world.”

Spurs XI prediction
This is tricky with the break but we do have players back. One thing having Sissoko back is huge for us, especially in the big games. One of the most underrated players in the league if you ask me!

Result prediction
Now I’ve done the team I’m even less sure. It’s also annoying we’ve essentially lost our home advantage with no fans and seeing results in Germany it seems to show it really does make a difference. At the start of the season I’d have been confident but now, not so much.

All I’ll say if we do lose, I hope Rashford gets the winner.