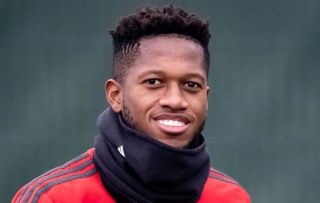 Several Manchester United first team players have taken to their personal social media to express their excitement ahead of Friday’s game against Tottenham Hotspur, in what will be the Red’s first competitive match since March.

The Reds are set to take-on league rivals Tottenham Hotspur in a little over 24-hours time, in what will be a vital game in the race to secure European football.

United’s last competitive match was an away 5-0 victory behind closed doors against Austrian side, LASK all the way back on March 12.

In an attempt to build match fitness and sharpness, the Reds hosted a friendly last week against top Championship West Brom, however, the focus among fans and players has very much turned to Friday’s crucial first game back.

After a four-month hiatus from the sport, the United squad appear to be ready and raring to go.

It’s great to see the lads smiling and we can’t wait for tomorrow’s game!