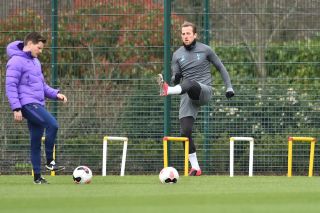 Manchester United and Tottenham Hotspur are set to go head-to-head on Friday in a crucial clash in the race for the top-four.

Both clubs are preparing themselves for their first games back in competitive football since the league was brought to a halt due to the COVID-19 pandemic.

United will be looking to keep the pressure on fourth-place Chelsea whereas Jose Mourinho’s London outfit will be hoping to kick-start their run-in, in emphatic fashion.

Spurs, like United, have also endured bad luck in the form of injuries to key players, most notably star-striker Harry Kane.

However, the England captain appears set to make his long-awaited comeback against the Reds on Friday evening.

Kane has sent rival fans into somewhat of a frenzy after he shared a post on Twitter expressing his excitement ahead of his club’s first game back.