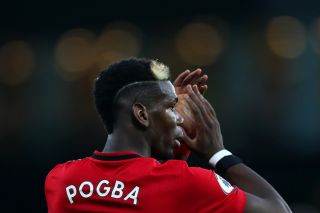 Former Manchester United player and England women’s national team manager Phil Neville believes the club can win the Premier League if Paul Pogba gets back firing in all cylinders.

In an interview with Premier League Productions, he was asked about the Pogba-Bruno Fernandes combination and said: “I think they can play together. I think Pogba has got the ability to play a little bit deeper or a little bit higher, and he can go box-to-box.

“I think they’ve got the players now where Pogba can fit in. It’s easy for people to say ‘get rid of Pogba’, but actually, have they built a team around him yet that enables him to perform?

Neville added that the Frenchman could still win a Premier League title at United: “Pogba playing well will give Manchester United a better chance of winning the Premier League.

“When I see United playing well with Pogba in the team I think he’s world-class. He’s won the World Cup, he knows how to win.

“With Pogba with the team playing well, it gives United a good chance of challenging Liverpool and Manchester City.”

Pogba returns after a long time out with injury, so I don’t actually expect him to start on Friday against Tottenham, but there are plenty of games to play and I’ve no doubt he will have a huge influence on them.

There is excitement about seeing Pogba and Fernandes in the same team for the first time and I totally get it! That being said, Ole Gunnar Solskjaer had a few performing midfielders before the pandemic and shouldn’t forget that.

Fred is our most improved player this season along with Scott McTominay, and Nemanja Matic has been in brilliant form since Christmas.

We’ll see on Friday night which starting line-up Solskjaer opts for, though I’m predicting Pogba to come on from the bench for 30 minutes or so in the second half.