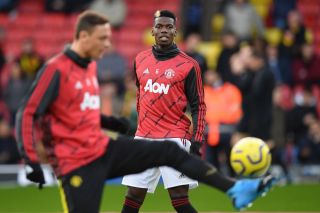 Manchester United are now just hours away from restarting their Premier League campaign away to Tottenham Hotspur, three months on from their last game.

It’s vital that United get off to a positive start against Jose Mourinho’s Spurs to restore the momentum that was building nicely during the 11-game unbeaten run before the enforced break.

Ole Gunnar Solskjaer has a full complement of players to choose from ahead of a defining six-week period, with Marcus Rashford and Paul Pogba using the break to fully recover from long-term injuries.

And it’s Pogba who has unsurprisingly been the man filling up much of the conversation ahead of United’s imminent return.

The Frenchman has been sidelined for the majority of this season but is raring to go ahead of the nine remaining league games. United fans are excited to see how a partnership will develop with Bruno Fernandes, whom he has not yet played with in a red shirt.

Fernandes and Pogba both thrive in creative positions and there has been plenty of debate how they can fit into the same side given their offensive styles.

But United fans may be made to wait a little longer to see the pair start alongside each other. The Athletic’s Laurie Whitwell understands Solskjaer has been planning a starting XI without Pogba in it.

In the scenario Pogba doesn’t start, it would make sense to opt for the midfield double pivot that had so much success during the unbeaten run.

Nemanja Matic and Fred struck a good partnership after Christmas when Pogba and Scott McTominay were ruled out with injuries.

Matic provides a stable platform for United to attack from in defensive midfield, working in tandem with Fred who has the freedom to venture further forward in a box-to-box role. The pair could be crucial in thwarting dangerous their counterparts including the fit-again Harry Kane and Heung-min Son with a cautious approach likely early on.

Pogba is likely to make an impact from the bench with five substitutions now allowed under new Premier League rules.

Elsewhere, United’s talisman Marcus Rashford should come back immediately into the team after impressing in the friendly game against West Brom. 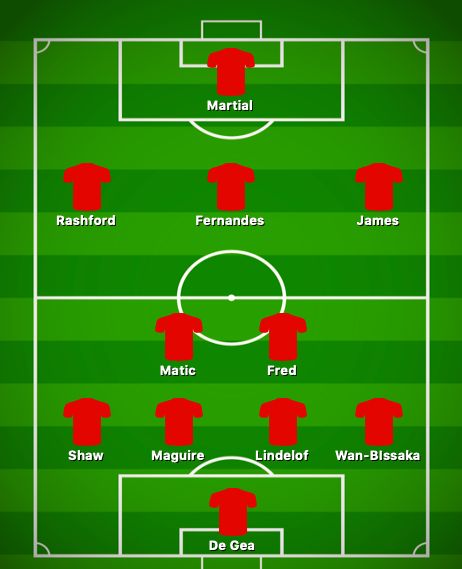