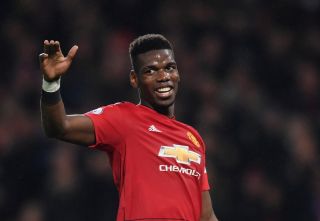 Ex-Liverpool player turned Sky Sports pundit Jamie Redknapp has issued a warning to Premier League clubs that Manchester United will be a powerful force with the return of both Paul Pogba and Marcus Rashford.

Prior to the country’s professional sport being suspended at the hands of the unprecedented COVID-19 pandemic, United were on an impressive 11-game unbeaten run.

One team who may benefit most from the sport’s three-month hiatus is United who now have a fully fit Marcus Rashford and Paul Pogba at their disposal.

As reported by Sky Sports News, pundit Redknapp is inclined to agree: “There are important players coming back.” the ex Liverpool player told Sky Sport’s podcast.

“If you look at Manchester United right now, they’ve got a young man in Marcus Rashford who is now fit for his team. That’s going to be amazing to have him back for United. It’s like a brand new signing, one of the best centre forwards in the world or wide players, wherever you want to play him. So I think United will look at that and think ‘we’ve got a real chance.

“It will be interesting to see the dynamic in midfield too, with Paul Pogba coming back as well. There’s so much talent in that area now and if you can get that midfield working together then you’ve got a really big chance.

“Teams will be nervous about United. The likes of Chelsea that are already in the top four will be looking over their shoulder.”

United fans could be forced to wait before they see Bruno Fernandes and Paul Pogba line-up together as per a recent report by The Athletic, United are expected to start against Tottenham Hotspur on Friday with Pogba on the bench.

Nevertheless, the return of both Rashford and Pogba to full fitness will undoubtedly boost the Red’s confidence that they can continue their impressive unbeaten run of form with a top-four place well within their sights.