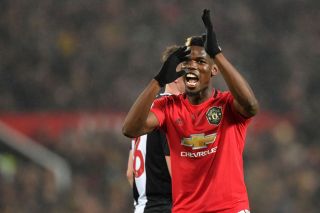 It sounds like Manchester United fans might have to wait a little longer to see Paul Pogba start a game alongside Bruno Fernandes.

According to The Athletic, the France international is unlikely to start against José Mourinho’s side on Friday.

The report claims training has gone well for Pogba but Ole Gunnar Solskjaer is reluctant to throw him in straight away due to the fact he hasn’t played in over six months.

However, it is said that Pogba is expected to feature heavily in the remaining games of the season which won’t come as a surprise.

The World Cup-winner is still one of the best midfielders in the world, on his day, and we all hope to see the best of him now in our attempts to clinch a top four spot.

There is plenty of time for us to see Pogba and Fernandes link up in United’s midfield and I wouldn’t be surprised if the Frenchman was at Old Trafford next season, despite anything you may have read about him leaving the club.

It’s not difficult to understand why Solskjaer doesn’t want to rush him back.

READ MORE: The uncertain future of Man United starlet will be decided in next two weeks