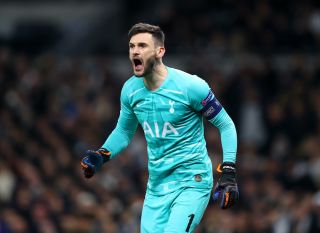 Tottenham goalkeeper Hugo Lloris is going into Friday’s game with a defeatist attitude — almost accepting that their top four hopes are dead and buried.

Speaking to The Telegraph, the Spurs captain said: “We have to be honest, we are not in a good position at the moment. Five points to Man United, seven points to Chelsea. We don’t have the right to lose games. Even more when you face a direct opponent like United.

“We are going to start again with a very important game, maybe a decisive game for the future. Even if behind this game there are eight game to play this game is going to count in the balance.

“About the title, it’s almost done, but for the fourth place, or the fifth place, there will be a big battle and for the relegation, it will be an even bigger battle. There is a lot to win and to lose in these nine games. It’s the final sprint, you can win or lose everything.”

If Manchester City’s UEFA ban is upheld, a fifth-place finish in the Premier League would be enough to secure a spot into next season’s Champions League, so that’s probably the best route for Mourinho’s Spurs side.

On the other hand, United are in a position to push for top four.

Bruno Fernandes arrived in January and set the Premier League alight. With the return of Marcus Rashford and Paul Pogba, you must fancy our chances not only this weekend but also in the race for the top four.

Travelling away to Spurs is never easy and a draw wouldn’t be the worst result, but it would be a huge step forward if United were to come away with three points.

They’ve been awful defensively this season and Lloris has gone down in many people’s views when you think back to not that long ago when he was considered a top class goalie.

Like Pogba, he’s a World Cup-winner and Daniel Levy may look to him this summer and feel it’s the best time to get rid of him.

READ MORE: Report: Solskjaer not looking to rush Pogba back into starting line-up against Tottenham 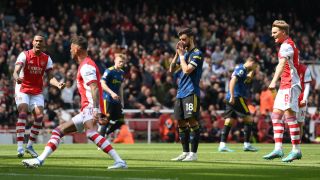