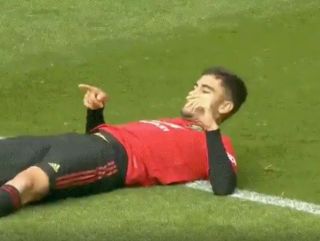 Footage of Friday’s friendly match against West Brom has made its way online.

Fred is a player who could face the chop next week with Paul Pogba returning to the side, but a lot of Reds will argue the Brazilian’s corner because he’s arguably been Manchester United’s most improved player this season.

He will be the first to admit he needs to add more goals to his game but the former Shakhtar Donetsk midfielder is starting to adapt his game for the Premier League.

There shouldn’t be a rush to get Pogba into the team either and we’ve a lot of games to play before the season is concluded.

Andreas Pereira, on the other hand, is a player who will fall further down the pecking order. But he scored twice against the Baggies to keep him in Solskjaer’s plans and he finished well from a Fred assist, as seen below:

While Fred needs to add more goals to his game, assists count and he needs to get into his positions further up the pitch when United are in search of a goal.

Full details of the friendlies against West Brom can be read here.