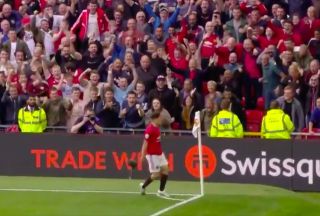 James was Ole Gunnar Solskjaer’s first signing as United manager, and an indication that the Norwegian wanted to focus his rebuild around young, British talent.

The Welshman had shown glimpses of brilliance in the Championship and was a phone call away from joining Leeds United just six months before his Old Trafford switch. A sporadic role was expected in his first season as James adjusted to life in the Premier League.

Instead, James has established himself as an instrumental part of Solskjaer’s plans, making 35 appearances in all competitions for the Reds.

James got off to a flyer by wining the August Player of the Month award, and while the goals have dried up since then, we have seen plenty of signs of development in his game.

He has three goals and six assists in the Premier League this term, and will be keen to contribute more in the remaining nine games of the season.

As per BBC Sport, the £15m fee to secure his services has certainly been an astute piece of transfer business by Solskjaer.

See his highlights so far below, courtesy of Manchester United’s twitter page: