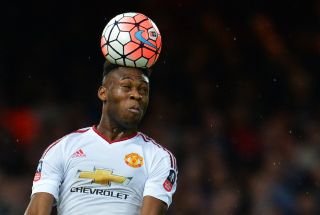 Some good news for Fosu-Mensah, I guess…

Manchester United are reportedly keen on agreeing upon a new contract for Timothy Fosu-Mensah.

This comes just months after the defender agreed on a one-year extension to his deal.

According to The Telegraph, United do not want to entertain the possibility of Fosu-Mensah running down his contract while playing for another club, which makes complete sense!

As a result, United will agree to send him out on loan once they’ve agreed on a new long-term deal with the player.

Fosu-Mensah has been out on loan previously — at Crystal Palace and Fulham — but he received tons of criticism after both spells. To his defence, this season at least, he’s been nursing a serious knee injury which you can only imagine was frustrating when you consider all of the setbacks he’s had in his short career to date.

But it seems that Solskjaer has plans for Fosu-Mensah in the future and doesn’t want to give up on him yet.

Axel Tuanzebe is another young defender at the club who looks better but can’t stay fit.