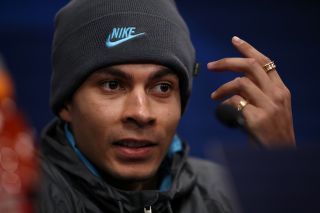 The Premier League returns next week and Tottenham Hotspur are waiting to find out whether Dele Alli will be suspended for their first game back against Manchester United.

The north London side are currently sat in eight position in the Premier League, but they’re only four points behind Ole Gunnar Solskjaer’s side who are in fifth. Both teams are in the fight for top four which makes this intense fixture all the more significant.

On another note, we are also waiting to see what will happen with Manchester City’s Champions League ban because fifth spot could see qualification for Europe’s most prestigious competition.

However, Alli was charged earlier in the year with discrimination and brining the game into disrepute after he posted a video on his Snapchat account mocking a man of Asian descent amid the COVID-19 outbreak.

According to the Evening Standard, we will get a news update Wednesday or Thursday which will determined whether Alli can play against United or not next Friday.

The 24-year-old’s appeal will finally be heard by a three-person independent commission.

Ex-United manager José Mourinho will be putting out all the stops to get one over his former club, but there’s was some momentum building behind the Reds prior to the break and we are still on an 11-game unbeaten steam across all competitions.