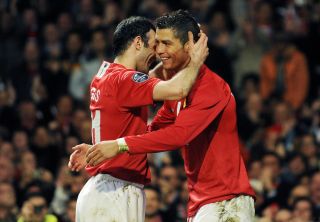 Ryan Giggs has opened up about how he feared Sir Alex Ferguson would sell him during the 2002/03 campaign.

When asked if he ever considered leaving Manchester United, Giggs told the official UTD Podcast: “No, no. In 2002-03, I didn’t get off to a good start.

“It was when Becks left, at the end of the season. I felt that was the time when I felt: yeah, maybe the manager could get rid of me.

“Yeah, it was a bit of that. To be honest, I wasn’t playing well and it was in the middle of that transition from playing winger to coming inside to a midfield position.

“So I was still trying to find how I could be most effective.”

I can’t imagine Fergie coming to the conclusion that he needed to sell Giggs. Ever.

The Welshman was a mainstay in so many great United sides and became part of the furniture.

After a tough period, Giggs bounced back and continued his trek to becoming English football’s most decorated player.

He also recalled the moment he had a go at Cristiano Ronaldo for drinking coke at breakfast.

Solskjaer has previously said Giggs pinned Ronaldo up against a wall in frustration with the rising Portuguese star.

Ronaldo’s reaction? He went a scored a hat-trick in the next match.

When asked if he felt Ronaldo’s conduct was unaccepted, he added: “Maybe. I don’t know if I pinned him.