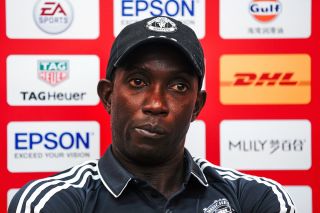 Former Manchester United striker Dwight Yorke has spoken about his struggles to find a job in football management.

A Trinidad and Tobago international when he played, Yorke states that even words of recommendation by Sir Alex Ferguson have been unable to make a difference.

There’s no denying Ferguson’s words carry weight in the world of management, but not enough to land his former striker an interview — at a club that striker represented before joining United!

By the sounds of it Yorke has been trying to get a job in football and you’d think being a former Manchester United striker he wouldn’t struggle to find work. But no, not even a tip off Ferguson can help his case.

It’s a sad reality and we hear these stories all to often. When will something be done about it?

“It’s a fact that Sir Alex Ferguson, who’s been tremendous and like a father figure … when I applied for the [Aston] Villa job, I went into his office and told him exactly what I was trying to do,” Yorke told beIN Sports.

“He gave me some experience, he told me what I needed to do and I picked his brain. At the same time, he picked the phone up and rang Villa for me to give his recommendation.

“That is what we are facing today.”

Of course, there are links already between Yorke and Villa. The recommendation from Ferguson should have led to an interview at least.

Yorke played for villa between 1989 and 1998, scoring 73 goals in 231 appearances, before making his big move to Old Trafford.

“You have seen, on the other hand, white players given that platform with very little experience, straight into management,” Yorke added.

“There is a serious issue here. I’m going to fight this all the way. I’m still very hopeful.”

He was dismissive of the Rooney Rule in the interview. This is a policy that was introduced to the Premier League last year and it means every club must interview at least one BAME (Black, Asian and minority ethnic) candidate for each senior coaching role vacancy.

There is only one BAME manager in the Premier League as things stand with Nuno Espirito Santo in charge of Wolves — and doing a very good job!

“It is an absolute joke,” he continued. “It’s not been implemented whatsoever. And if you go even deeper and you follow it in the NFL, there are new rules … If you hire a black manager you go up in the league or something.

“The players obviously have gone against that because it’s a token gesture. This Rooney Rule hasn’t been implemented for years. I know Sol Campbell, I spoke to Sol Campbell.. He went to Grimsby, he was trying his nuts off just to try and get a job.

“He went to Macclesfield, someone who’s played the level he has, and now he’s at Southend. When you see other players — I can call names, but I won’t — other players have been cast forwarded and fast-tracked.

“The one response I get, I’ve applied for the Villa job twice now, I get one response from the CEO and his response to me was, ‘I need experience.’ Where am I going to go and get experience if I’m not being given a chance?” 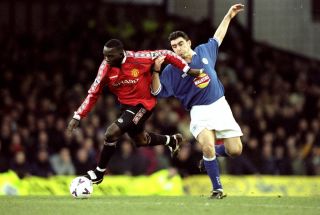