There has been a lot of talk of young United player Teden Mengi and rightly so. The 18-year old has commenced training with the first-team in the last few days and is already making his mark.

The question is: Who is Teden Mengi?

Joining United in 2018 at the tender age of 16, Mengi is a centre-back who showed great promise during his years in the youth teams. He has captained the under-16s and under-18s teams as well as being including among the under-23s team. He captained his under-18s team to the FA Cup Youth Cup semi-finals and his abilities were rewarded with a spot on the bench for the senior team’s trip to FC Astana in the Europa League in 2019.

He is athletic, strong and a force to be reckoned with, showing a grit and a hunger to win, being compared to Brandon Williams. He is yet to make his debut for the Manchester United first-team but is expected to and on his debut, he is likely to be the first United debutant to be born in the year 2002.

He’s a really good prospect and I’d expect Solskjaer will give him some kind of appearance before the season ends.

I’ve written about him a few times. But here’s something from the December issue of @UWSmag. pic.twitter.com/VXU1P2dqR7 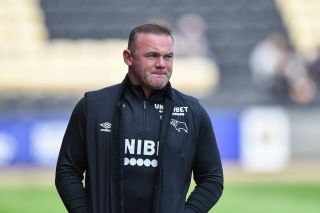 In these uncertain financial times, relying on the academy will be an important resource for the club, as they try to source quality players to enhance the team. Without doubt, the academy has shown, time and time again, that quality can be found close to home. Following in the footsteps of Mason Greenwood, Angel Gomes, Marcus Rashford and Jesse Lingard, Mengi has the potential to achieve greatness with the senior team.