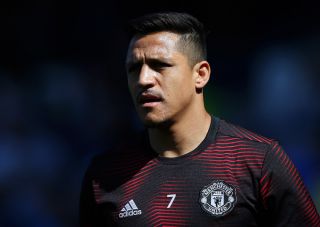 Alexis Sanchez brought a lot of excitement to Manchester United when it was announced he would be joining from rivals Arsenal in January 2018.

United were shifting Henrikh Mkhitaryan, who went the other way, and getting Sanchez. What could possibly go wrong?

The excitement I touched on in the opening paragraph was the height of Sanchez’s time at United to date — and I don’t have much hope for the future either. He arrived at Old Trafford, played the piano, and that was about it.

Former Manchester United winger Willie Morgan hit out at the Chile international in a recent interview with MUFC fanzine Red News, saying: “I mean look at the state of Alexis Sanchez. They paid half of his wages, just for somebody to take him? It’s that bad. It’s crazy!”

When asked about Sanchez returning to United after his loan at Inter Milan, Morgan added: “I hope he comes back as the boot man, cleaning the boots! He is useless. So, the best place for him is where he is. I don’t want him back. We have enough problems getting rid of others without having him back.”

In the same interview with Jimmy Williams (Red Devil Talk), the former Scotland international called Paul Pogba a “nightmare” and warned that the World Cup-winner will continue to cause problems at the club.

I don’t think many United fans will disagree with Morgan on Sanchez — but do you think Pogba could have a future at United yet? Let us know by sending a tweet to @StrettyNews!