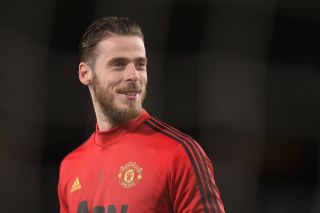 While David de Gea has had some cagey moments, Dean Henderson is emerging as one of the Premier League’s best goalkeepers.

It looks like Ole Gunnar Solskjaer will face a dilemma at some point, but next season we think De Gea will remain in goal and Henderson is likely to go out on loan again.

Now that’s just my opinion. Maybe Henderson doesn’t fancy going out on loan again but we should definitely wait another year to see what happens rather than jumping into a decision we don’t need to make right now.

It’s a good situation to be in, having two top goalkeepers, and the youngest being just 23-years-old. He’s a future England no.1 too, and probably should be considered that already but time will tell if Gareth Southgate fancies him as much as we do!

Interestingly, Shaka Hislop thinks United should drop De Gea for Henderson now because the Sheffield United loanee has been in better form.

Don Hutchison comes out with a bizarre view that United could make £75m from selling De Gea this summer. No way is that happening now — during a global pandemic.

Watch the full video below via ESPN FC: