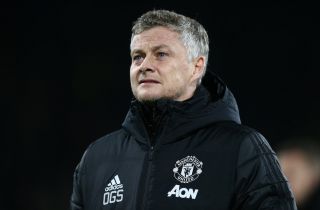 Ole Gunnar Solskjaer has reiterated his desire to sign players with good personalities as he continues to shape his Old Trafford rebuild.

The United boss has a 100% success rate with recruitment so far with five signings all performing well in their fledgling careers at the club.

This summer represents Solskjaer’s latest chance to improve the squad and close the gap on Liverpool and Manchester City in the Premier League.

The Norwegian is expected to be backed financially in the transfer window despite the ongoing struggle around the coronavirus pandemic.

Areas in which United need to strengthen in have become quite obvious this term; the Reds require another specialist midfielder as well as more prolific attacking options.

But while its crucial United players sign that players that are to bolster the squad with superior quality, Solskjaer has emphasised the importance of bringing in players that will subscribe to the philosophy of he and his backroom staff.

“I did feel that I was professional and did feel privileged to play for Manchester United. I wouldn’t be able to look at myself if I didn’t know I’d given everything for my team-mates and my manager,” Solskjaer told the Shiv Nadar Foundation.

“That’s what I also now look for in players that we sign or we bring up from the youth team. You have to have a good personality and that you are professional because one rotten apple in the basket will make the others rotten.

“So for me it’s about building a team that will reflect me and my coaching staff’s personalities and views. Of course, there are standards because we want to win. We are in the business to win.

“But the first step to be a Manchester United player and person, you have to be humble enough to know you always have to work hard. Never give in and always do your best, 100 per cent effort is required every day and don’t think you are better than you are.

“You still have to play with that confidence at the same time. It’s a fine balance but that is what is going to make the difference when we want to get to the championship again that we want to win.”

We feel United are still someway from mounting a serious title challenge but there is reason for cautious optimism ahead of the resumption against Tottenham Hotspur next weekend.

It’s crucial United can secure a top four spot with nine games remaining as it will increase the chances of acquiring their top targets this summer.