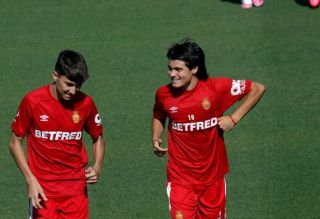 Manchester United are one of four clubs who are seriously interested in RCD Mallorca youth player Luka Romero.

Stretty News has obtained information from a source close to Romero that Manchester United are monitoring the Argentinian 15-year-old.

United are believed to be one of four top European clubs in the hunt for Romero, with Juventus, Barcelona and Atletico Madrid also interested.

Romero is currently part of RCD Mallorca’s youth academy but is expected to break into the club’s first team as early as next season.

Stretty News understands that officials at United have been in touch with Romero’s representatives as well as the youngster’s family in an attempt to secure the exciting attacking-midfielder’s signature.

Although, it is understood that Romero will remain in Spain next season before moving from relegation threatened RCD Mallorca.

We will keep you updated on that front in due course.

The Senegalese centre-back has been heavily linked with a move away from Napoli. However, it is now our understanding that United have withdrawn their interest for the commanding defender.