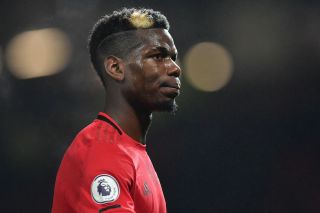 Paul Scholes insists that Paul Pogba must work hard to regain his role in the Manchester United team when the Premier League season resumes.

Speaking about Pogba’s eagerly awaited return, Scholes told MUTV (quotes via GOAL): “Paul has got a little bit of work to do to get into the team. Before the outbreak happened and the stop happened, you have to say that the players that were playing — Nemanja Matic, Scott McTominay and Fred — they were really doing well in midfield.

“It’s not going to be straightforward for Paul. He’s got some work on his hands to get back into the team.

“But we all know what Paul is capable of. He’s a top player when he’s on form. The better players you play with — surely that can only be to the benefit of the team.”

Pogba has returned to full fitness and is ready to make his return.

That puts manager Ole Gunnar Solskjaer is a strong position as his side is totally injury free. Now the Norwegian will get to see how to get the best out of Bruno Fernandes and Pogba — both in the same team. It’s a dream situation for any football manager.

It won’t be easy for Pogba to come back in because he has a lot of proving to do. Firstly, to the manager who has shown plenty of faith in Pogba — only for the Frenchman to allow his agent to publicly slam Solskjaer in the media. Then there’s the fans who won’t change their tune on Pogba too quickly.

Just how good is Paul Pogba? I think we’re about to see…