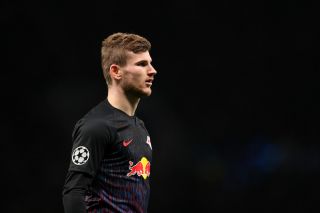 The German frontman had appeared destined for a switch to Liverpool to team up with Jurgen Klopp at Anfield, but is now set for Stamford Bridge after the West London club made their play on Thursday.

As reported by BBC Sport and a variety of other reliable outlets, Frank Lampard has persuaded Werner to join the Blues and a deal has now been agreed between the two clubs.

But before Chelsea made the significant breakthrough in negotiations, Manchester United were also interested in his transfer.

It is well known that manager Ole Gunnar Solskjaer is keen on bolstering his attacking options this summer and it has been revealed that United opened talks with Werner’s representatives after Liverpool pulled out of a move for the forward.

The Athletic have reported the Werner saga in fascinating detail and claim that the United manager flew to Berlin to hold a meeting with the striker, who was on the club’s radar at the time.

However, the complication which halted any move was that United were only prepared to proceed if they found a buyer for star midfielder Paul Pogba.

Of course, it was always going to be difficult to find a buying club for Pogba given his asking price and the financial hits clubs have taken during the coronavirus pandemic.

Chelsea had no such problems and stole a march on any other potential suitors, and are now closing in on a deal for one of the most prolific forwards across Europe.

It’s a shame United chose not to match the Blues’ offer, given the need for more competition in attacking areas.

We hope Solskjaer is backed financially to pursue other transfer targets high up on the list of priorities this summer.