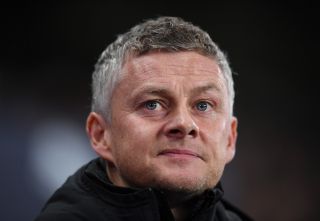 Manchester United are planning for the scenario they do not acquire top target Jadon Sancho this summer.

United’s interest in Borussia Dortmund starlet Sancho has been well documented in recent months but it is understandable that they are preparing for the event that he is not signed, particularly given the uncertainty around the transfer window.

Ole Gunnar Solskjaer must prioritise a right-winger to provide balance to his side, with United currently lacking a natural option in the position.

Mason Greenwood, Daniel James and Juan Mata have spent time on the right-flank this term, but the addition of a quality right-sided forward to play alongside Anthony Martial and Marcus Rashford could take United’s attack to the next level.

The Velez Sarsfield star is regarded as one of the brightest young prospects in South America and scored six goals and made two assists before the Argentinian league season was suspended.

Versatile Almanda can play anywhere across the front three, making him an exciting proposition for Solskjaer who enjoys using a fluid attacking approach.

This news comes after the MEN previously noted United’s interest in young Welsh talents Rabbi Matondo and David Brooks, who can both operate on the right-wing.

Matondo is a raw talent that has established himself as a regular at Shalke after leaving Manchester City’s youth system for first-team football in the Bundesliga, rather like Sancho.

Brooks, meanwhile, has had his season ravaged by injuries but is another promising talent that Solskjaer could seek counsel from Wales manager Ryan Giggs for.

Of course, Sancho is the superstar every fan wants to see at Old Trafford this summer, but it’s encouraging that the club are not pinning all their hopes on one solitary signing.

READ MORE: Opinion: The Glazers have gone against their instincts and risen to the challenge