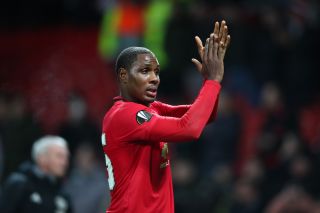 Hello and welcome back to Rowlesy’s Ramblings, I hope you’re all well and had a good week. As ever, there was no shortage of Manchester United news so let’s delve right into some of them:

Bruno Fernandes has, quite rightfully, taken the limelight out of our January additions. He has been a complete breath of fresh air, but our other winter buy Ighalo deserves big credit too. United were frantic in January with the last minute scramble for a 30 year old, who has spent the last three years in China and only came up after failing to buy Josh King, seemingly symbolising the scale of the desperation.

Rather than desperation, Ighalo now can be described as a calculated gamble and he has gained cult hero status in rapid time. We got confirmation today that his loan has been extended until January and it is fully merited.

From bluntly shutting down his agent when he broached the subject of the finances of the loan move, ‘I don’t care, make this happen’, playing for the badge and arguably providing us with our goal of the season in Austria in the shape of right-left-right – blast, Ighalo’s loan has been nothing but a success, even if he had nothing to lose.

In customary fashion, there is a lot of conjecture about United’s striker targets whenever next season gets underway. Ighalo was Solskjaer’s last piece of business and has preserved the Norwegian’s 100% success rate in the transfer market. He has shown he has a good eye for a United player, why can’t Ighalo be that player for a couple more years? What is going against him to not warrant, not only an extended loan but, a permanent deal?

It is no longer a gamble, he is happy to play a subordinate role to Anthony Martial and Mason Greenwood, he loves the club and money is not a factor in Ighalo’s drive. He is living his dream and what is £20m for a proven striker even in the midst of a pandemic? For me, Josh King represents more of a gamble, Raul Jimenez would be costly and reticent to be second fiddle, Timo Werner has his heart set on Liverpool and Moussa Dembele is unproven at the highest level.

Long gone are the fateful days of costly, Galactico mercenaries and Ighalo is the perfect representation of that: remember the percentage of his six figure weekly wage United would contribute did not cross his mind one jot. He wanted to play for United, nothing more, nothing less and how delightful it was.

Ighalo has captured United hearts and imaginations in a matter of months and might just allow us to prioritise funds for Jadon Sancho.

Will the Coutinho links to United just stop, already?

Philippe Coutinho will not join Manchester United. Not now. Not ever. This deal cannot happen for a number of reasons.

1) Bruno Fernandes has become the darling of United and has shown he is genuinely top drawer.

2) Coutinho played for THAT lot. He has made it clear he could never join us, out of loyalty. In my interview with Andy Mitten, he confirmed as much that United and Liverpool never sit at the same table and the same applies to their players if linked with the other side. Gabriel Heinze ruined his status at United when he tried to engineer a move to Merseyside.

3) Coutinho’s career has nosedived ever since he got his dream move and has become a symbol of some crazy, costly Barcelona transfer splurges of late, adding his name to Dembele and Griezmann. He has flopped at the Camp Nou and, most recently, the Allianz Arena and, as mentioned in the Ighalo story, we are done with the costly ‘name alone’ signings.

The physically spent Falcao and mercenary Di Maria type buys are a thing of the past and there is strong evidence that Coutinho would join that undistinguished company as why else would he even entertain United if not financial gain?

Solskjaer’s transfer hand is well known- relatively young, hungry players driven to go to the next level- his deck of Wan-Bissaka, Maguire, James and Bruno encapsulates that and has been a great start. Hopefully, Jadon Sancho becomes the real trump card but Coutinho will not be in Solskjaer’s pack that is almost guaranteed.

Manchester United should not be seen as a lifeline or buoyancy aid to someone whose career is struggling to stay above the surface and that is why they will hold zero interest in adding Coutinho.

Saul Niguez will not have confirmed a move to United

In typical social media frenzy, where if a player cooks with chopped tomatoes the red cryptically implies they want to join United, Saul Niguez sent United fans into overdrive with his social media on Sunday.

If Coutinho to United sits at a whopping 0%, Saul to United is hardly any more likely, again for a number of reasons:

He has as good as a lifetime contract at Atletico, running until 2026, and stands with Koke as Mr Atletico. It stands to reason that Atletico, unless majorly hampered financially by Covid-19, would demand the full release clause to even contemplate a sale. It would be a United club record of €150million. Ouch.

Any huge midfield move for United will be predicated on whether Paul Pogba is sold and I doubt who has the capability to afford the Pogba brand in these troubling times.

On the off chance United are inclined to get rid of Pogba, United primarily value the creative talents of Jack Grealish and James Maddison, in keeping with Solskjaer’s transfer model.

In my opinion, Saul would only be a serious contender if Atletico were forced into a sale due to the impact of COVID-19 and would be one of those ‘exploits’ Gary Neville mentioned in his interview with Ole.

I’d say don’t get your hopes up, reds. This one is highly improbable and the announcement is probably a new sponsorship collaboration. No clubs will do deals until the full financial picture of COVID-19 is revealed.