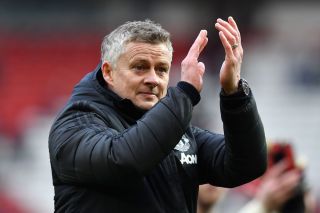 Manchester United’s return to Premier League action next month has anticipation building within the fanbase.

Ole Gunnar Solskjaer’s side resume in a crucial period fighting on three fronts in the final games of the season.

United are three points behind Chelsea in the Champions League positions, and also have a good chance of winning the FA Cup with a quarter-final against Norwich City at Carrow Road on the horizon.

The Premier League has stated its desire to have all fixtures completed at the start of August, so they can presumably plan ahead for the start of the following season.

This leaves United fans with a six-week festival of football with nine Premier League games to get through plus a further three in the FA Cup if they go all the way to the final.

Given the fact the games are expected to be finished before August, we have given supporters a rough outline of when the key final games could be played.

Readers may have noted that the conclusion of the Europa League does not feature here. United are among the favourites for the competition and are effectively through to the next round of the knockout stages after the 5-0 thrashing in the first-leg against LASK.

However, with travel restrictions still in place, we have no indication when the tournament could return. According to Goal, UEFA will stage a meeting on June 17 to work out plans to finish both the Europa League and the Champions League.

READ MORE: Jesse Lingard has been speaking to ex-Man United duo over next transfer destination