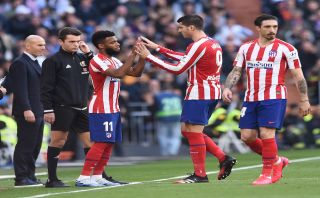 Manchester United executives have met with Thomas Lemar’s agent in an attempt to bring the midfielder to Old Trafford.

United’s main priority this coming transfer window appears to be winger as the Red Devils look to be eyeing up Atletico Madrid wide man Thomas Lemar.

Lemar, 24, has endured a less than convincing time at Spanish side, Atletico Madrid, since making his £63mil switch from French side, Monaco in 2018, as per The Sun.

Since joining Atletico, the attacking winger has managed to score just four goals in 67 appearances. Unable to recapture his form from his time at Monaco, reports are now suggesting that Diego Simeone has lost patience with the Frenchman and is looking to offload him at a cut-price.

According to the Daily Star, Manchester United chiefs have recently met with Lemar’s representatives to discuss the possibility of a move. 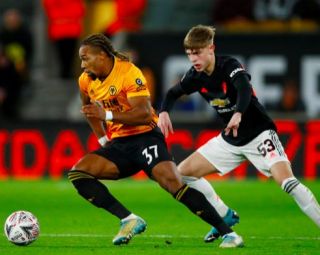 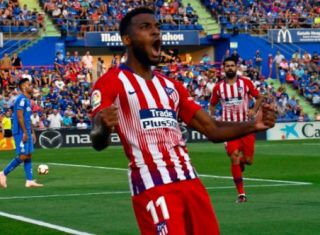 Prior to this latest development, rivals, Arsenal had been heavily linked with Lemar who could be seen as a long-term replacement for unsettled Pierre-Emerick Aubameyang.

With United now seemingly in the mix, the two Premier League clubs could be set to battle it out this summer for the World Cup winning midfielder’s signature.