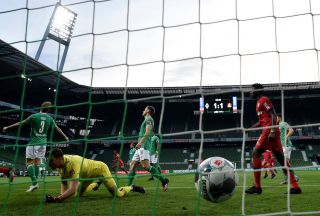 Last weekend saw the return of the Bundesliga and the talk of the town was Borussia Dortmund’s 4-0 win over rivals Schalke.

Die Schwarzgelben look set to challenge for the title whereas Schalke, managed by ex-Huddersfield boss David Wagner, really struggled and weren’t at the races by any means. I made a point on this week’s podcast with Phil Brown (@Malachians) from Beyond The Pitch that this game showed the big disadvantage that comes with playing games behind closed doors.

Schalke had given up when they went two goals behind. There were no fans on the terraces shouting them on and the players ultimately failed to respond on the pitch.

I mean, any game with four goals should be an enjoyable one for the spectator, but I felt like I was watching a wild animal playing with its prey. I believe that is called self preservation.

Anyhow, this weekend I have picked three games that should interest United fans. Let’s take a look at what transfer targets will be involved and which encounter sounds most promising.

A quick glance at the current Bundesliga standings will help explain why this is the best fixture to watch this weekend. Monchengladbach sit third in an incredibly competitive Bundesliga campaign, six points off leaders Bayern Munich and just two ahead of fifth place Bayer Leverkusen, who are today’s opponents. These teams have one player each who is linked with a move to United this summer, such as Alassane Plea and Kai Havertz. Interestingly, they both scored last weekend as the Bundesliga returned but I’m tipping Leverkusen to get three points away from home this weekend. Havertz is a worldie in the making.

I honestly don’t know if BVB were brilliant or if it was just a matter of Schalke having an off day. Their record against Dortmund in recent years is pretty good but last weekend they were woeful. With Erling Haaland leading the line and Jadon Sancho expected to return to the starting line-up after being benched last week with a calf strain, we can’t help but expect that to continue but Wolfsburg are no mugs. They should put up a better fight than Wagner’s side.

If any of the teams mentioned here are expected to win comfortably this weekend it’s got to be RB Leipzig, sitting in fourth and travelling to a side with just 8 wins out of 26 matches in the German top flight this season. The speculation surrounding Timo Werner is very Liverpool focused at the minute but I like the look of French centre-back Dayot Upamecano. Ole Gunnar Solskjaer should be watching this one and so too should his scouts.

Follow @StrettyNews on Twitter for updates throughout the day. It’s time to get our fix of live football during these difficult times.

READ MORE: The shutdown has been a double edged sword for United 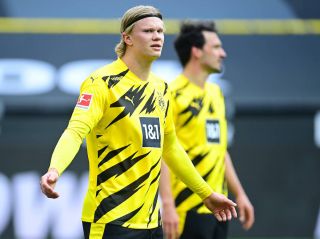