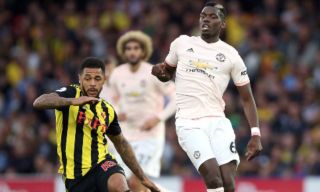 The World Cup-winner has missed most of the season due to a string of injury problems, starting only five games in the Premier League so far this term. Pogba had ankle surgery at the start of January and his future at Old Trafford has been in doubt for quite some time. Still, we don’t know whether he will leave in the summer.

Although he’s shown glimpses of brilliance since his big-money move back to United, Pogba has not lived up to expectations. His social media posts anger fans because they come during times his agent, Mino Raiola, publicly criticises Manchester United’s manager and the club itself.

Does he seem more interested in showcasing his luxurious lifestyle, which he’s entitled to, and flirting with other top clubs in Europe than getting back fit?

I feel some of the criticism is warranted — but this is not a dead end for the Frenchman. I would only love to see him come back and return to his best on the pitch, in a United shirt.

However, Watford striker Grey feels that most of the criticism aimed at Pogba is unjust, and he correctly rates him as one of the best midfielders in the Premier League.

In an interview quoted by The Metro, Gray side:  “People talk about Pogba and it annoys me because every time I’ve played against Pogba – it’s probably been about four or five times – and nobody can get near him,’

“He might not set the world on fire and score a top corner goal or do the craziest assist but you can’t get near the kid. His brain…. he’s somewhere you’re not and you just can’t fathom it.

“And until you’re on the pitch with him you’ll never understand.

“From the stands it’s like, ‘Oh, he just turned him or he just took this control’ but listen, when you play the game and really understand when you’re in the midfield and in the positions there and you’ve got four men around you… I’m telling you now, people cannot fathom certain people.”

Andre Gray speaking on the fan perception of Paul Pogba compared to the reality of playing against him : pic.twitter.com/VrNwD39pLN

Pogba is back training and hopefully he will be ready to play when it is safe for football to resume.