In just three months, a global pandemic has managed to highlight something clubs have failed to do in the last thirty years…

The global COVID-19 pandemic has been sweeping across countries all over the world since December last year.

The novel virus has known no boundaries, day-to-day life has been halted in more or less every corner of the globe. The economic disruptions the COVID-19 outbreak has caused have been just as devastating as the social ones.

Football, like every other industry, has failed to evade the commercially shattering effects this pandemic has created.

In fact, this viral pandemic has successfully managed to financially highlight in just three months what football clubs have failed to do in the last thirty years.

The money surrounding the sport that is football is well reported. Players contract terms and the transfer fees exchanged between clubs are often released into the public domain, enabling journalists and fans to become accustomed to understanding industry phrases such as ‘buy back clauses’ and ‘sell on percentages’.

The last decade has seen some breath-taking finances exchanged between clubs and players, further reinforcing just how far the industry has come since the days of 1893 when Scottish striker, Willie Groves opted to swap West Brom for Aston Villa in a move which would see him became the first ever player to break the £100 transfer fee mark.

Fast forward 127 years and the current transfer record looks somewhat different. The year of 2017 saw Brazilian forward, Neymar Jnr make the pioneering switch from Barcelona to Paris Saint-German in a deal that would see the Catilonian side pocket a staggering £198mil. Even more surprisingly, just 12 months later PSG announced the permanent deal of French boy wonder, Kylian Mbappe from Ligue 1 side, Monaco, for a further £161mil.

But it’s not just the initial financial outlay clubs have to come up with in order to secure some of football’s most sought after talents, there is also the ongoing cost of a player’s contract to budget for.

According to Global Sports Salary Survey, the start of the new year saw the average wage of a footballer in England’s top flight tip £3mil per year for the first time ever.

Both Manchester clubs top the list of highest salary paying teams in England, with City dishing out £6.98mil a year in player wages and United an equally mind boggling £7.65mil a year.

The wage bill paints a similar picture across the vast majority of Europe’s elite clubs with the likes of Juventus, Real Madrid and Barcelona also featuring in the list of top 20 highest paying sports clubs.

All across the world of football over the last decade and beyond,, fans have been forced to feel the financial repercussions of these alarming commercial trends. From the inflated cost of a meat pie at half time to increasingly rising ticketing prices, there is not an area of the so-called working class game that fans do not feel the effects of.

If you’re one of the millions of football lovers in this country who opt to watch games on the television, you’re expected to pay subscription based packages across a large number of companies. Sky, BT Sport and most recently streaming giants, Amazon, being just a few corporations who hold television rights over top flight English football. The Telegraph’s recent study estimates that in order to be able to watch all televised games, you would need to cough up at least £1,000 a year. Yet more confirmation that the steady stream of top heavy industry finances trickles down to find the fan’s pocket.

Since the suspension of all professional sports in England earlier this year, it has been widely accepted that the majority of football clubs are seeing not just a health crisis, but also a financial one.

It is no secret that in the last few months we have seen football clubs ask their playing staff to take pay-cuts as high as 30%, as well as see clubs up and down the country opt to place some of their non-playing staff on Furlough; an unprecedented Government supported scheme to pay employees 80% of their wages up to the value of £2,500 per month.

The evidence this presents is that football, on a whole, has been operating at a financial level which could not allow for a few months postponement. Club’s finance offices all around, not just this country, but the world, have been living their economic lives as close to the edge as financially possible.

Over the last decade, footballing owners, chairman and chief executives have all sat at the commercial speed dating table, looked deficit in the eye and asked for it’s number.

With the increasingly precarious financial position clubs continue to find themselves in due to the COVID-19 pandemic, it is likely that it will be many years before we see another landmark transfer fee being paid for a professional footballer, if ever again.

It is almost a certainty that the football industry will seek to evolve into a more sustainable version of itself. Unwilling to relive the economic disaster 2020 has brought them so far, it is almost guaranteed that every aspect of the footballing world will be revised. Over the next 5 to 10 years, I predict player salaries are likely to decrease in terms of value, with new clauses also included to better protect club’s in the event of a similar global crisis. This is likely to prompt an increase in club’s exchanging players, especially if club’s also look to shorten lengths of contracts as a way to trim projected expenditure.

For as utterly devastating this public health crisis has been, for all those affected, both in and outside of football, if there is to be anything good to come, it will be the resurgence of the working class game.

A sporting spectacular which is better aligned with the very class who founded it – The beautiful game tainted and tarnished by an ugly underbelly could very well be seeing itself forced into a drastic operating makeover. 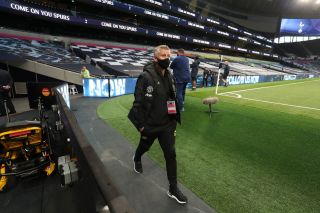