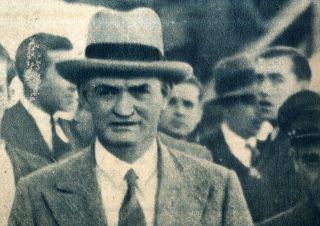 Manchester United have had four team captains from the island of Ireland in history. The relationship between United and both the North and the Republic of Ireland is long, rich, and integral part of the club’s successes. Moreover, Ireland is a key foundation of the club’s support, owing to generations of Irish migrants settling in the city of Manchester.

It is then, absolutely baffling the scant regard the club have paid to it’s first ever Irish captain and one of the club’s key players of its first half century of existence: Patrick O’Connell, ‘The man who saved Barca.’

O’Connell was United’s first Irish captain, first Irish player and went on to have an acclaimed managerial career in Spain. A spell that has given him the status of idol at Real Betis and a hero at Barcelona, where he helped saved the club from bankruptcy during the Spanish Civil War.

By 1959, O’Connell was anonymous and destitute in a North London boarding house, it was there he died of pneumonia and was buried in a pauper’s grave. It was a sad, ignominious end for a man who came from the humble beginnings of Belfast Celtic to becoming a hero at one of biggest club’s in the world.

O’Connell arrived at Old Trafford in May 1914, after a successful spell with Hull City and captaining Ireland to the 1914 Home Nations championship. United paid £1,000 for the tough as nails defender – a huge fee at the time – and promptly made him captain. Timing could not have been worse though, as Europe’s major powers blundered and blustered their way into The Great War. It meant his first season at the club would be his last full season.

It was during a distinguished debut season at United arguably the most controversial event of his career took place.

In a match against Liverpool and fighting against relegation, United secured a 2-0 win. No harm no foul eh? However, an abnormally large number of bets at profitable odds were placed on that very scoreline and proceedings seemed suspiciously unspontaneous. A baffling number of stray passes occurred, and absurdity was brought home when United won a penalty. O’Connell commanded the usual penalty takers to step aside and promptly blasted the ball so far wide, it is a wonder it didn’t end up crashing through somebody’s front room window. Flabbergasted by such obvious farce, officials discussed the idea of abandoning the match before deciding to carry on.

While O’Connell escaped retribution, seven other players did not and were banned for life. In the film Don Patricio by Michael Andersen, those interviewed about the scandal conclude it seems to have been a way for players to financially secure themselves with the looming suspension of the football league.

In an era where players were treated as serfs, with the maximum wage and having little control of their careers, it is a plausible conclusion to draw. It is also not out of the realms of possibility, that a lifelong leftist, contrarian and renowned hardman in an era of hardmen, would enjoy the intrigue of match fixing and thumbing the eye of the authorities.

O’Connell spent the footballing interregnum of the war working in a munition’s factory alongside his brother. There is little doubt his preference was to avoid military service in the British forces as an avowed Irish Republican. There were also unconfirmed rumours amongst the O’Connell family, about connections to gun-running during the Ireland Easter Rising in 1916.

With the Football League suspended during the war, O’Connell, while still a Manchester United player, was limited to making paid guest appearances for other clubs. Despite being at the club for over four years, he made less than forty appearances, but his impact was significant.

After the war he spent short spells in Dumbarton and Ashington but with his career winding down and little opportunity in Britain, he left his family behind for Spain. A country more more open to his ideas of the game, based on a combination of technical ability and tactical discipline. It was also a place where the people were as warm as the summer weather and with a febrile political atmosphere, O’Connell quickly settled. It was in Spain, where O’Connell built his legend.

It was a seemingly callous personal decision nevertheless, which demonstrated the more problematic elements of his character. Despite sending money back to his family back home for a time, he never had contact with them again, bar a brief meeting with his son Dan in 1955 which by all accounts it did not go well.

There was also the deception he carried out when he married another woman in Spain called Ellen, who he told he was a widower. His wife, in fact, was very much alive in England and indeed still married to him, making O’Connell a bigamist. Even his surviving grandson Mike O’Connell, a key part of the campaign to revive his status in the game was not entirely complimentary on his treatment of the family.

Nevertheless, while he was storing up a Pandora’s box worth of personal problems for later in life, his managerial career was taking off.

His first managerial role in Spain was at Racing Santander, hired at the recommendation of his predecessor, legendary English manager Fred Pentland. He would win five regional titles in seven years at Racing before moving onto to Real Oviedo for a two-year stint, where he discovered and mentored the celebrated Basque striker, Isidro Langara.

It was his move to Seville though, taking over Real Betis where O’Connell cemented his lore. Leading them to promotion from the Segunda in 1932, he then took the side to its first and — to date – only Primera title in 1935. 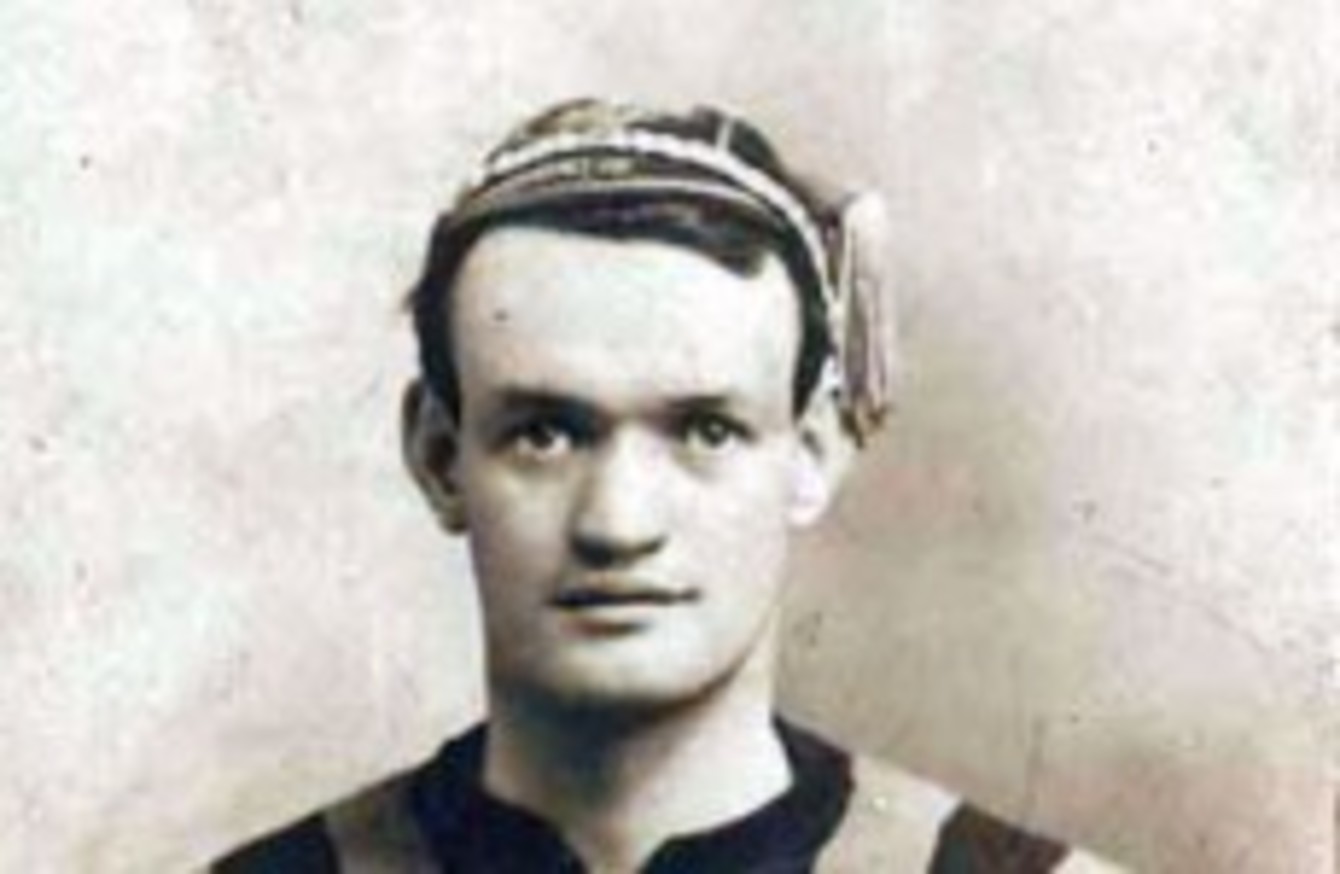 As Andersen put it in a conversation with myself recently, “It was the original Leicester story.” In a competition dominated by Barcelona, Read Madrid and the Athletic Club de Bilbao, it was an incredible achievement. It was appropriate then that O’Connell should return in triumph in 2017, in the form of a 20kg Bronze bust, commemorating the status of deity ‘Don Patricio’ had at the Benito Villamarin.

His status among Beticos has never diminished, even after taking charge of great rivals Sevilla in the 1940’s he was still loved. When O’Connell hit serious financial difficulties in his later years, the two local rivals organised a testimonial to help raise money for his life in retirement. A rare show of unity between the two bitter enemies.

His exploits at Betis caught the attention of Barcelona who appointed him as manager for the 1935-36 season. However, just before the start of his second season at the helm, the longstanding political tensions in Spain exploded in civil war. Barcelona’s president Josep Sunyol, who appointed O’Connell, was murdered by Francoist forces just one month into the war. O’Connell, decided to return and stay in Barcelona but La Liga was suspended in 1937 and with the club under serious financial strain and an inevitable target for Franco, the end looked nigh.

But a helping hand was offered when a prominent Catalan businessman who fled to Mexico proposed a lucrative exhibition tour in the country. O’Connell rounded up the squad and some of his staff and headed to Mexico. Most of the players chose to stay in Mexico, in understandable fear for their safety but the money raised, saved Barca from financial ruin. It was his considerable efforts to help hold the club together as an institution that saw him enter the Barcelona Hall of Fame in 2015.

Despite O’Connell’s incredible football career, when he finally returned to British shores his wife Ellen left him and he was financially broke. When he died in a boarding house in London in 1959, he was a destitute stranger.

It is thanks to the efforts of the Patrick O’Connell memorial fund though, that his reputation has been revived. Commemorated in Seville, Barcelona, Ireland and even at a pub in Ashington in Durham, where he briefly played and managed the local team. It is only right he is revered for his impact both on and off the pitch during one of the most turbulent times in European History.

However, he is entirely forgotten by the club he captained before the First World War and who paid a record fee for him. Efforts by the memorial fund, the O’Connell family and Andersen when making his documentary, were either ignored or treated with contempt by United. It is an appalling oversight for a club seeking to rehabilitate its image with the fans after years of mismanagement and rancour in the post-Ferguson era.

As the late Sir Harry Gregg in Andersen’s film, “Very few people would know, to be brutally honest, that the man ever existed, and I think that’s tragic, sad and tragic.” Yet as the film reminds us, clubs are rooted in the hearts and minds of their fans. While the fans remember ‘Don Patricio’ his status as an Old Trafford icon can still be raised to the level he deserves.