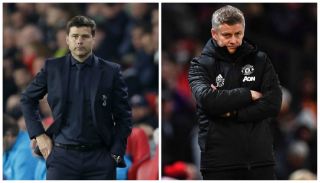 Pochettino entered the weird and wonderful world of football management in 2009 with Spanish side Espanyol, having spent his younger days as a professional player, both domestically and internationally. A keen England follower may remember it was Pochettinho who gave away the crucial penalty in England’s 1-0 win over Argentina in the 2002 World Cup.

Pochettinho’s ability to get the best out of an average looking side on paper soon gathered the attention of some of the league’s biggest clubs. It was to be only the one season Pochettinho and South coast Southampton spent together before Tottenham Hotspur swept the impressive newcomer off to the capital.

Pochettinho went onto hold the forte at Spurs for five long years before eventually being controversially relieved of his duties by chairman, Daniel Levy, who opted instead, in favour of Premier League opinion splitter, José Mourinho.

With Poch’s period of garden leave recently expired, the tactical mastermind is set to rejuvenate his career, the only question is where his next destination be.

Rose has gone on record during an interview with The Lockdown Tactics and offered his thoughts on how he sees the future panning out for Pochettinho. When asked if he believes his ex Gaffer will manage a top club next, Rose stated “without a doubt, without a doubt,” as quoted by the Express.

Rose went onto say “[That intensity], they all got it from [Marcelo] Bielsa. I know Poch, he idolises Bielsa. They all got that work ethic from him.”

When pressed on exactly where Rose thought Poch would end up, he admitted “eventually United.”

With Ole Gunnar Solskjaer currently at the head of Manchester United’s set up, a recent improvement in results has seen the managerial spotlight deviate away from the Norwegian.

Seemingly now out from under the microscope but with speculation mounting once again that Solskjaer’s Argentinian counter part is seeking a return to top flight football as early as the 2020/21 season, Solskjaer may well wish to hold off of any celebratory drinks, for the time being.