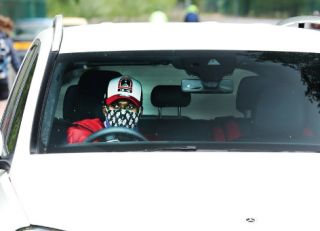 A number of Manchester United players were spotted at their Carrington training ground on Sunday evening, according to the Manchester Evening News.

The players are due to undergo scheduled COVID-19 testing.

It is believed each player will enter the ground’s medical centre in 15 minute sessions.

#mufc players spent 15 minutes at Carrington today before leaving. Players were tested for coronavirus ahead of training this week #mulive [men] pic.twitter.com/Q26qsRWYUc

Players are expected to receive their medical test results back at some point this week.

It is unclear at this stage how the Premier League’s conclusion will be decided, however, with constant reassurances from the FA and UK Government, it does seem that the season will reach it’s conclusion.

Prior to the suspension of the English Premier League, Manchester United’s form had seen a dramatic rise with their last domestic performance being a 2-0 home victory over bitter geographical rivals, Manchester City.

Elsewhere, the Bundesliga saw it’s first round of domestic fixtures return this weekend. Seemingly a successful weekend of German football all round, albeit, behind closed doors, it is becoming increasingly apparent that the English footballing world will be seeking to follow suit, sooner rather than later.