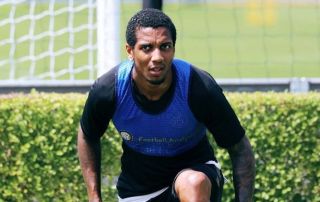 Former Manchester United captain Ashley Young has suddenly grown loads of hair and it has left many people confused as a result.

A lot of people in lockdown, including myself, made a drastic change to our hairstyle during this pandemic by shaving it completely off. Ashley Young has done the opposite — by somehow growing hair we didn’t know he had.

The Inter Milan wing-back has sported a skinhead look for what feels like forever — going way back before he arrived at United, and played for Aston Villa as well as Watford.

Inter shared a photo of the 34-year-old after returning to training today and it caused confusion.

Youngy looks younger with hair so he may as well make use of it while he can!

Check out the photo below and some of the reactions it sparked on Twitter:

I didn’t believe this at first.

Ashley Young’s hairline was this good and he chose to have a shaved head?! https://t.co/8atP4ssW6X

So it turns out that Ashley Young was voluntarily bald… pic.twitter.com/Vkrxz0TH4m