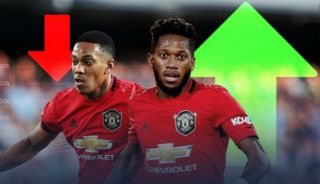 Is there a team in world football who generate transfer speculation to the level that Manchester United do?

There is not a day that goes by that United are not supposedly set to sign somebody, often the hottest and priciest names in world football. The stories the press churn out are relentless, almost always the names attached to Manchester United never actually end up playing in red.

But what drives this constant demand for transfer speculation?

Well, there are three main components, two of which I can guarantee you could name; gaining viewership for whichever media publication and fan appreciation.

However, the third is less assuming.

The UK gambling industry is worth a staggering £15bn.

There is nothing punters enjoy more than sticking a few quid on a handful of football games and hoping their pre-match premonitions come true, yielding a decent match day win.

There is not a single aspect of a game of football that you cannot have a flutter on. From goalscorers to scorelines. Numbers of corners and cards, even the time of the first throw-in.

Gambling on sport has seen a monumental rise in the last decade, projected annual figures show football betting alone is set to turnover over a whopping £2bn.

But as you may intuitively associate generic sports betting with bookie giants such as Sky, Bet365 and William Hill, there appears to be a new kid on the block. Football Index.

You’re likely to have spotted their advertising boards littered throughout the Premier League in recent seasons, or perhaps noticed their branding on kits such as Nottingham Forrest’s.

But who are they, why are they different and how does their business model directly impact Manchester United’s transfer links?

Football Index is a gambling platform founded in 2015 by CEO Adam Cole.

Having started from relatively nothing, the company posted staggering financial figures which showed that punters had traded in excess of £300mil during the 2019/20 season.

The concept of Football Index is to buy shares in players cheaper than you eventually sell for.

There are three main ways to earn money through FI; capital appreciation (a player’s value rising higher than you purchased for), performance dividends and media dividends.

When a player is mentioned in an eligible media publication, they accumulate points, those points create a tally. The top three highest media mentioned players that day will receive dividends. 5p per share for first, 3p per share for second and 1p per share for third placed.

So how does this concern Manchester United I hear you ask. Well, out of the top 10 highest earning media players across all of Europe’s top leagues on Football Index, three of those are Manchester United players; Marcus Rashford, Paul Pogba and Bruno Fernandes. Unsurprisingly, the number one highest earning media player on the platform is Jadon Sancho.

The demand for Manchester United players to be continuously mentioned in the press not only retain a trader’s interest, but it also drives this particular gambling platform forward ensuring their continued growth.

With Manchester United’s transfer activity literally dictating how much, or how little exposure a media publication gains, it is evident that in order for this pioneering gambling company to continue to succeed, as well as the British press to remain relevant, they require Manchester United to remain a financial juggernaut.

Therefore, it is perhaps unsurprising that during a breakout year for a gambling platform who really home in on media related football articles, mixed with a global pandemic temporarily halting on field action that we’re seeing Manchester United linked with more players than ever.