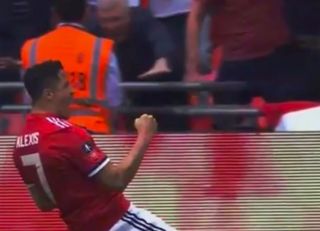 Alexis Sanchez is the forgotten man at Manchester United after a torrid season in Italy.

The Chilean forward will return to Manchester after spending this term on loan at Inter Milan, where he has made just two Serie A starts under Antonio Conte.

Sanchez’s season has been ravaged by injury and the 31-year-old has shown no encouraging signs for manager Ole Gunnar Solskjaer to welcome him back with open arms at Old Trafford.

Unfortunately for Solskjaer, however, it looks like United will be stuck with him for at least another season as it appears extremely unlikely that a club will take a risk on him this summer, especially given the current financial uncertainty.

Solskjaer is focusing his team around young, exciting talent and Sanchez represents the antithesis of his ideal forward.

Anyhow, Sanchez is not a completely worthless asset and we must remember he was one of the world’s most potent wingers just a couple of seasons ago.

While his move from Arsenal in a swap deal with Henrik Mkhitaryan is widely regarded as one of the Premier League’s worst ever signings, he has at least contributed some goals in the red of United.

Check out the 14 goal contributions he has registered for United since his arrival, including two glorious assists in the famous derby comeback at the Etihad.

Alexis Sanchez – All 14 goals and assists from r/reddevils