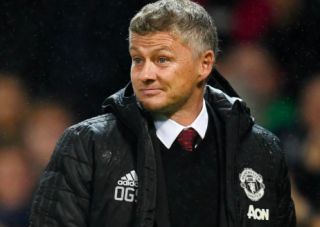 Paul Ince believes Jadon Sancho and Harry Kane would complete the dream Manchester United forward line – but conceded that there is very little chance of this actually becoming a reality.

Ole Gunnar Solskjaer requires a goalscoring forward and a natural right-winger in the summer transfer window, and Sancho and Kane are elite options that have already been linked with big money moves to Old Trafford.

Kane dropped a hint in an Instagram live that he would be open to leaving Tottenham in the future if the club don’t meet his ambitions of winning trophies.

Strikers don’t come much more prolific than the 26-year-old who is already 13th on the list of all-time Premier League scorers.

However, while a move would appear a no brainer if Kane was keen on an Old Trafford transfer, Ince does not believe it will happen.

“I can see him going, yes, and wanting to leave Tottenham, but not to join United.

“What people are forgetting is that United have got Marcus Rashford up front. He’s always wanted to play up front, but what you need to remember is he can also play off the left-hand side, as we’ve seen from plenty of his goals this season.

“Plus, between him and Anthony Martial, Kane coming in would also bring some competition to the side. There’s always been a sense of competition at United, and it would be nice to see that back again, players fighting for their places.

“So you’re looking at Rashford left, Kane centre and Jadon Sancho on the right. It sounds pretty nice, doesn’t it?

“But it probably sounds like a dream for a reason, it is a dream.”

Solskjaer will be aware that the possibility of signing England captain Kane is extremely remote but Borussia Dortmund starlet Sancho seems more attainable.

Sancho played a cameo role from the bench as Borussia Dortmund returned to the Bundesliga after the coronavirus break with an emphatic 4-0 victory over the hapless Shalke on Saturday afternoon.

According to the Manchester Evening News, United are still pressing ahead with their attempts to acquire their top transfer targets and are confident they can outbid any other potential suitors for the 20-year-old.

Even without a striker signing, Solskjaer can field one of the most dangerous front threes in European football if the club manages to pull off the Sancho deal this summer.

Alongside Rashford and Martial, Sancho would complete an attack that combines frightening pace, flair and proficiency in front of goal.